The CRIMSON* marine turbine project has been funded by the European Commission via Fast Track to Innovation (FTI) programme. In the only Irish-led project to receive funding, Galway based ÉireComposites secured €3 million for this project and will lead the international consortium of four other organisations; ORPC (Ireland, Canada and U.S.), NUI Galway, Mitsubishi Chemical Advanced Materials (MCAM, Germany) and Consiglio Nazionale delle Ricerche (CNR, Italy). The total project is valued at €3.9m. The CRIMSON project plans to bring to market ORPC’s reliable, sustainable marine energy river and tidal turbine with foils made entirely of recycled carbon fibre, while also reducing capital expenditure and operating expenditure by 33% and 66%, respectively.

The CRIMSON project plans to bring to market ORPC’s reliable, sustainable marine energy river and tidal turbine with foils made entirely of recycled carbon fibre, while also reducing capital expenditure and operating expenditure by 33% and 66%, respectively.

In the short term, the immediate impact of the adoption of this product into the market is renewable marine energy will replace energy produced by fossil fuels. The longer term impact of CRIMSON will demonstrate that this technology has the potential to generate gigawatts of clean energy from river and tidal currents. It is estimated that there is some 615 TWh/Year per year of harvestable energy from tidal streams, ocean currents, and riverine currents and marine hydrokinetic power systems can harvest that energy.

The energy output of 615 TWh/Year is estimated to be approximately 20 times Irelands annual electricity usage. Therefore, the impact is two fold; firstly, reducing manufacturing costs and, secondly, significantly reducing the environmental footprint of the materials
employed in the turbine, leading to a more sustainable model of manufacturing within the sector.

This project furthers the partnership between ÉireComposites and ORPC who have worked together to build previous iterations of ORPC’s turbines. In 2019, ORPC’s first commercial RivGen Power System was installed to power the remote community of Igiugig in Alaska, using sustainable, predictable local energy from the Kvichak River. The RivGen Power System offers a no carbon, low noise option, positively impacting local economies and enhancing ecotourism opportunities.

Speaking on today’s announcement, Tomas Flanagan, ÉireComposites’ Chief Executive Officer said “We are delighted to announce this funding as part of the Horizon 2020 Fast Track to Innovation Programme. The amount we have received will cover 75% of this project’s cost and as the sole Irish-led project funded in this call, it is a massive achievement for the country.” “At the conclusion of this project, we will have delivered a product that will have a positive impact on both the renewable energy sector and wider society. There is no doubt that society is progressing towards greener communities and I believe CRIMSON will play a positive role in this transition in terms of driving down costs for both the industry and consumers but also increase the productivity of the renewable energy sector,” concluded Mr.
Flanagan.

Director of European Operations for ORPC, James Donegan, commented “We at ORPC are very excited to commence work on the CRIMSON project. ORPC have been growing operations in Ireland and Europe over the past several years and we see the technological
advancements we will achieve with the CRIMSON project as crucial in commercialising  ourmarine energy systems in the region. ORPC’s river and tidal devices involve deployment, anchoring and converting the energy from free-flowing rivers and tidal currents into sustainable renewable energy. Having worked with ÉireComposites and NUI Galway on previous and current Sustainable Energy Authority of Ireland (SEAI) projects, we look forward to working with them on developing our megawatt-scale turbine and we are
confident in the team’s ability to achieve the ambitious targets laid out by the CRIMSON project.”

Commenting on today’s announcement, Professor Jamie Goggins, Director of Research Innovation in the School of Engineering of NUI Galway and Principal Investigator in the SFI MaREI Centre said “We are excited to be starting the H2020 CRIMSON project, which
advances our previous research and development with ÉireComposites and ORPC. It is through these types of collaborations that we have developed a world leading laboratory for designing, modelling and testing tidal turbine blades, having applied the highest load to be
ever reported in the world onto a tidal turbine blade in 2020 and having one of the most advance design tools and fatigue testing capabilities world-wide for mechanically testing blades and foils for tidal and river current turbine technology.”

The project is a continuation of previous research conducted by the Sustainable Energy Authority of Ireland (SEAI) and is supported by Údarás na Gaeltachta and Enterprise Ireland, who continue to assist the work undertaken by ÉireComposites. 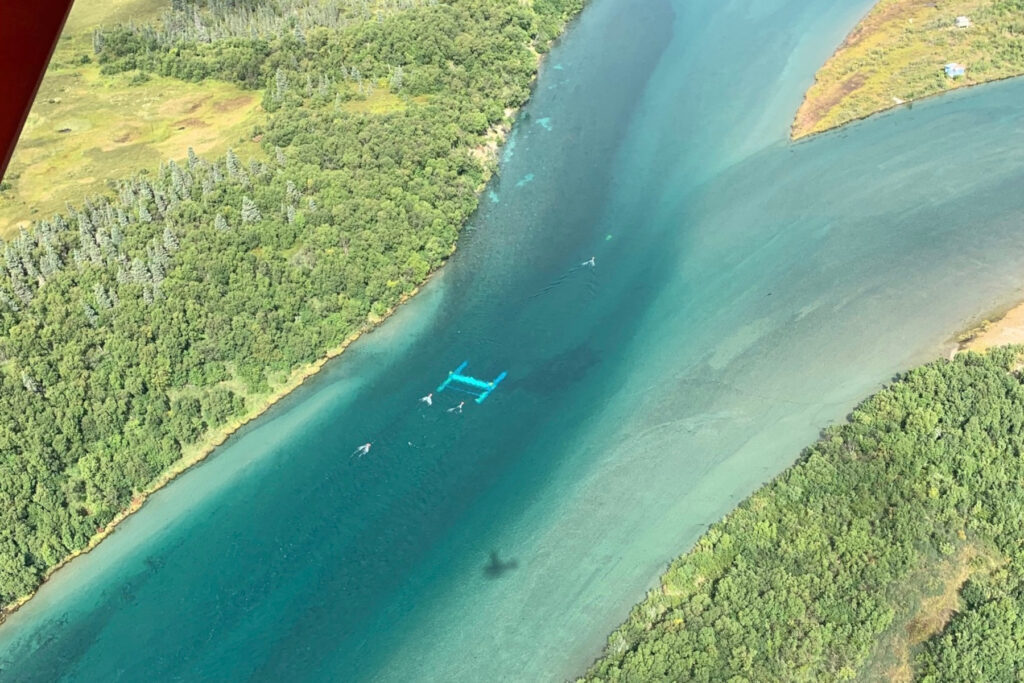 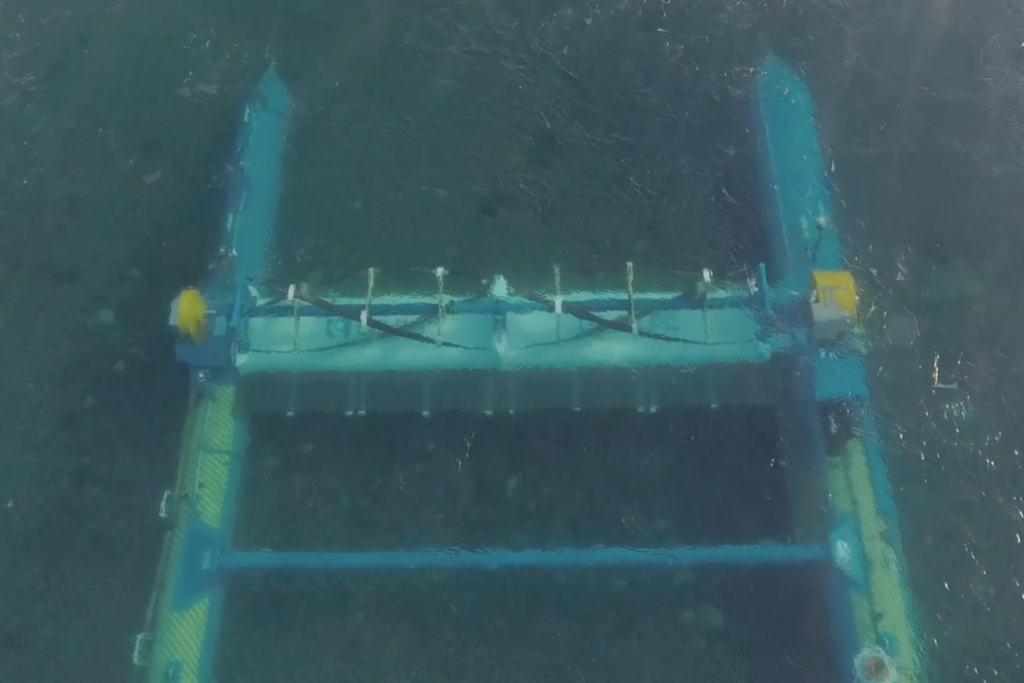 About ÉireComposites:
Established in 1998, ÉireComposites is an innovative design, manufacturing and testing company, involved in lightweight, high performance fibre-reinforced composite materials, with an international blue-chip customer base of over 70 companies in aerospace,
renewable energy, marine, Formula 1 racing and general automotive sectors. As a leader in designing and manufacturing composite materials ÉireComposites have extensive experience, state-of-the-art facilities and advanced design capabilities as a one stop shop for composites process and product development. The company is based in Inverin, Galway with a 6000m2 fully accredited facility and employs over 60 people.

About ORPC
ORPC is a recognised industry leader in the development of underwater power systems for use in free flowing tidal and river sites and is active in North American, South American and European markets. In addition to operating a commercial river power project for the Village of Igiugig, Alaska, now the longest operating river hydrokinetic project in North America, ORPC is also working with the communities of False Pass, Alaska, and Eastport, Maine, on smart microgrid projects utilising tidal energy as a baseload resource. ORPC has become a respected leader in marine renewable energy worldwide. The company’s mission is to improve people’s lives and their environment through sustainable energy solutions, and it is one of the few companies to have built, operated and delivered power to a utility grid from a tidal energy project (in Maine), and to a remote community grid from a river energy project (in Alaska).

About Fast Track to Innovation
The Fast Track to Innovation (FTI) is a fully-bottom-up innovation support programme promoting close-to-the-market innovation activities open to industry-driven consortia that can be composed of all types of participants. It can help partners to co-create and test
breakthrough products, services or business processes that have the potential to revolutionise existing or create entirely new markets, under the helm of the Enhanced European Innovation Council (EIC) pilot.

The Fast Track to Innovation (FTI) is part of the Enhanced European Innovation Council pilot(Enhanced EIC pilot). The Enhanced EIC Pilot will pave the way to a fully-fledged EIC; it builds on the lessons learnt from the previous EIC pilot launched in late 2017. The Enhanced EIC
Pilot serves as the umbrella for several EU funding instruments: the SME Instrument: the Fast Track to Innovation (FTI), Future and Emerging Technologies (FET) Open and Horizon Prizes, thus providing a ‘one stop shop’ for funding of breakthrough, market-creating innovation across the EU.

The Fast Track to Innovation (FTI) provides funding for bottom-up proposals for close-to-market innovation activities in any area of technology or application. This thematic openness – combined with the possibility for all kinds of innovation actors to work together and deliver innovation onto the market and/or into society – is set to nurture trans-disciplinary and cross-
sectoral cooperation.

About Horizon 2020:
The financial mechanism implementing the Innovation Union, Horizon 2020 is the biggest research and innovation programme ever implemented by the European Union with nearly €80 billion of funding available over 7 years (2014 to 2020). The idea of this programme is to develop great ideas from the lab to the market through new breakthroughs, discoveries and world-firsts. This in turn will help deliver economic growth and job creation thus securing Europe’s global competitiveness.